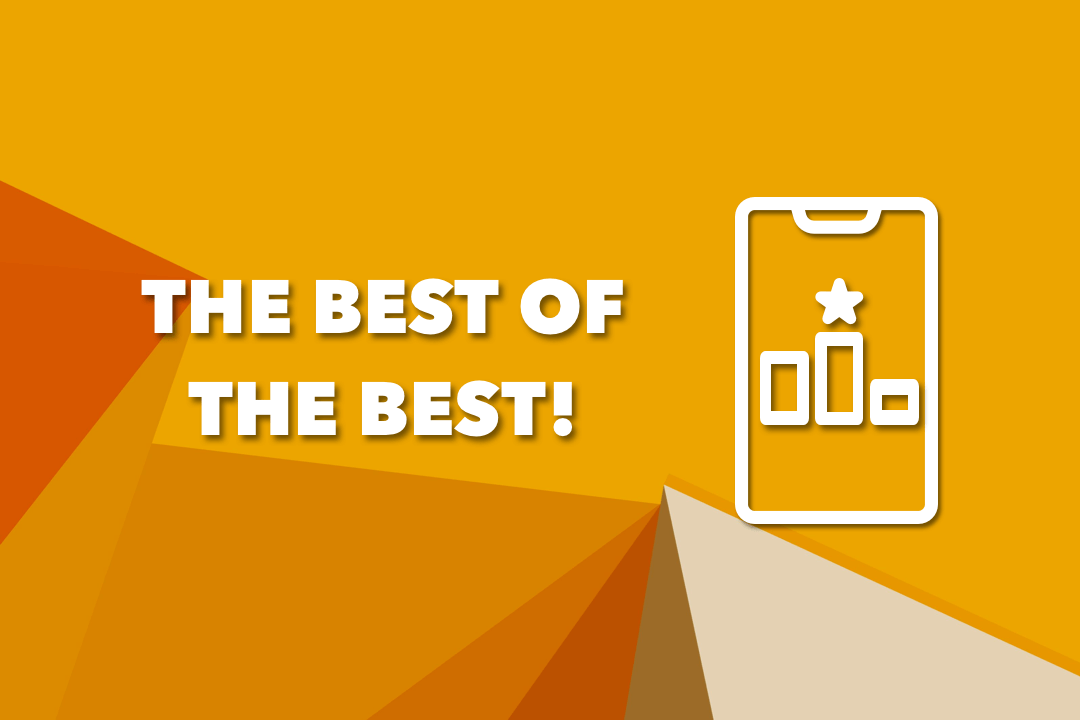 Today,  mobile phones are the first choice to shop online since we carry them everywhere. Also, no one bothers to change to a desktop since our phones are functional to shop. We download the apps of our favorite brands and generally prefer to use them if it provides a high-quality user experience and design.

It is not hard to have a gorgeous app that customers love and keep using.  You can design your stunning mobile app with our drag & drop editor easily. We brought together the best mobile app design examples among the partners of Shopney. We hope you can find the app that inspires you.

What is Mobile App Design?

Why Design Is Important in Mobile Apps?

That question has a very simple answer. People won’t use your app if it doesn't have a good design. And for a good design, you should offer them high-quality UX and UI.

Everything is for User Experience

If your app meets customers' needs and offers them a good user experience(UX) they will keep using it, spend more time in the app and share it with other people. And that means more conversion rate and sales for your Shopify store.

User interface(UI) encompasses everything customers see on the mobile app. It makes customers understand the app and how to interact with it. The main aim of the UI is to increase customer satisfaction by making the app more engaging and uncomplicated.

How Do Your Users Interact with Your Mobile App?

User interface(UI) is the place customers interact with the mobile app and everything they experience during the interaction is user experience(UX).

To be more clear, if UI is the appearance of a physical store, UX is entering the store, choosing the clothes, and buying it. That means mobile UX & UI should work together smoothly to create a good interaction opportunity for the customers.

Atelier Rebul is one of Shopney’s partners that knows how to design a beautiful app very well. All product pictures and the colors used in the design are compatible with each other. They create a smooth and impressive image when getting together.

Macabre Gadgets is a jewelry store with unusual products. It is not hard to say that they have great designers when looking at the products!  We can say that they brought this sophisticated perspective to their mobile app too.

They made their products even more appealing with the right theme choice and attracted their customers on mobile.

Look at the sweetest tones of pink in their UI design of Prive Accessories. This design makes us want to buy all the products in the pictures above and try! Their website is also very impressive, but we love their mobile app design!

That is one of the best mobile app design examples. We are happy that they decided to work with Shopney to turn their Shopify store into a mobile app.

304 Clothing is a UK-based fashion brand that increased its conversion rate 5 times by working with the best Shopify mobile app builder: Shopney.

They take the advantage of UI design trends with the dynamic colors they selected. Also, they chose the most suitable theme for their product pictures and made them look appealing. So, their customers who are already on mobile preferred their apps for shopping!

5) Ladida - Mobile App for Shopify Plus

Ladida is a clothing brand for women & children that converted its Shopify store to a mobile app with Shopney. We can say that they did a very good job in this converting process considering it has one of the best mobile app designs among Shopney customers.

Bad Monday is a UK-based clothing brand that uses the impression of tattoo culture for self-expression. They turned their Shopify store into an app with Shopney and it became a mobile app design example that reflects the brand identity of Bad Monday very well.

The theme they chose, the way their products appeal, mobile UI design and the color of the background is compatible with the spirit of ‘Bad Monday.’

Makeup is fun for most women and Lip N Pour makes it even more fun. It is a cosmetic experience that allows you to create your own lip, foundation, or concealer products.

Lip N Pour decided to turn its Shopify store into a mobile app with Shopney to offer the best mobile user experience. With the most fitting themes, they designed an app that reflects their brand identity in a great way.

Dimlaj is a Jordan-based homeware product company. The key point of the success of Dimlaj on both their website and mobile app is simplicity.

The product images they use are plain and appealing. This simplicity gives elegance to the brand. They show they don’t need to show anything else rather than the product pictures to draw attention.

Jorge Oculista is a glasses brand that turned its Shopify store into a mobile app with Shopney. Their mobile app design is very compatible with their website and at least as good as it is.

They have amazing product pictures and they show them in the most appealing way with the right theme. The result is increased conversion rates and sales accordingly!

Hemmet is another amazing brand Shopney works with that understands how to design a mobile app very well. Their mobile UI design is reflecting the brand identity with the brown and black tones.

With this wonderful mobile app design, it was not surprising when they increased their conversion rates!

11) Bella All Natural - Mobile App for Shopify Plus

They already had a great conversion rate on their website and they increased it even more on mobile.

Fresqa is a fashion brand from Kuwait that converted its Shopify store to a mobile app with Shopney. Their website design is quite similar to the app and they provide an easy mobile app UX design. So, they caught the attention of their customers on mobile too and increased their sales!

Janolo is one of the greatest brands among Shopney’s customers about design. Since their concept is related to ‘artwear’, this reflected their mobile app too naturally.

They have extraordinary product pictures and when they unite them with a wonderful mobile UI/UX design, they created an amazing mobile app.

One of the key points of their success is plain and clear product pictures. And with the right theme choice, customers are able to see the details of the shoe at the first glance.

Lorenzo di Pontti is one of our favorite brands that chose us to turn its Shopify store into a mobile app. They provide an easy mobile app UX by following the UX design trends. As a result, their customers loved the app and it increased their mobile conversion rate!

Here is another fashion brand with one of the best mobile UI design examples. Milagron had a great job when creating their mobile app with Shopney and the result was impressive. Now they offer the best mobile UX to their customers and increase their conversion!

Negative Apparel is Pakistan’s largest western clothing online store and they decided to work with Shopney- mobile app builder while turning their store into a mobile app. They designed a great mobile app by providing an easy mobile UX and a good-looking mobile UI.

Moixx uses a different UI design than other fashion brands and we observed that it works smoothly. They have chosen one of our themes that they can highlight one product/collection on their pages and it fits perfectly. You can try and choose the best-fitting theme with Shopney!

Papiroom is a France based homeware company. They decided to create their mobile with Shopney and brought the simplicity on their website to their mobile app too. They use plain, clear but at the same time appealing product pictures. So their customers preferred to use their app and it increased their conversion rate!

This brand is a little different from the other brands we work with. They specialized in selling all kinds of equipment for horse riding. Since it is an elegant sport, they designed their mobile app elegantly too. It is a great example of how you can reflect your brand identity on the mobile app with Shopney.

Shopi go is Turkey's first online concept store and they created their mobile app with the best-rated mobile app builder: Shopney. They found the right theme choice for their unusual & impressive images. And, they attracted their customers on the mobile easily and increased their sales!

Tiofarm is the Indian Organic Farm that sells organic fruits and vegetables to provide us with healthier food. They used a plain UI and provided an easy mobile UX. You can see in the above pictures how everything seems clear. We love the simplicity and we definitely loved their app!

Solutionz is a Kuwait-based cosmetic store that sells different brands. They have decided to partner with Shopney to build their native iOS and Android mobile app. The colors they chose on UI are very sweet and trendy colors.

Also, the theme they chose is fitting with their product pictures. As a result, they offer the best mobile UX to their customers with a well-designed mobile app.

Snitch is a men’s clothes fashion brand from India. They created their Shopify mobile app with Shopney and it turned out to be a great job.

They provided a functional mobile UX to their customers and designed a gorgeous UI. And the result is drawing customers’ attention and an increased mobile conversion rate!

Zahaar is one of our favorite apps when it comes to elegance. It is a Dubai-based perfume brand that decided to turn its Shopify store into a mobile app with Shopney.

They have a very well-organized website and they brought that to their mobile app too. The same kind of products have the same photography type and it looks amazing on the app.

We hope you find the great mobile app design example that inspires you. Now it is time to turn your Shopify store into a mobile app with Shopney and design it perfectly like the above ones! 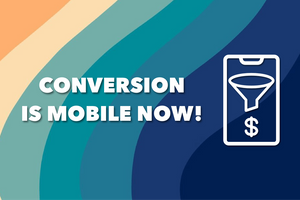 What is the Mobile Conversion Rate? 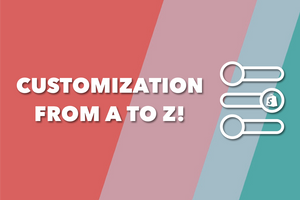 How to Personalize Your Shopify Store?